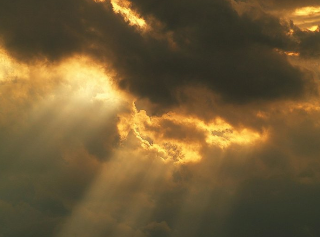 We have had this talk more than a few times these last two decades, the Healer and I. The talk about the times to come, the earth changes, the changes in consciousness that have to happen, the big fork in the road, and the way home. In the last few years each time it becomes harder and harder for me to understand human behavior and judgment I have found solace that it is in the moving through we get to the other side. It is in the suffering, we find Grace. It is what it is and within that there is a way.


I dread going downstairs to Mama's today. It is all I can do myself to get out of bed. My heart is like a boulder. Last night for the first time in 20 years, my Sweetheart went outside and screamed into the sky, not once but five times. He screamed. What else can you do at times but send it  up to to the angels. That is my take on screaming into the sky. His was knowing full well that neighbors on all sides but one had probably voted For this day. He wanted them to know how he felt. He wanted them to know he hated them. I feel like crying, Mama will have cried already, I believe my Sweetheart has cried as well, although he will never let me see that.


Last night as he screamed I went to the place of eerie quiet where it is all there is to do. It is the place where helplessness and hope meet inevitability and shrink into nothing. And nothing is what it all becomes in that moment until it re-forms and guides me someplace different.


I tell him I cannot bear to hear the word, to not say the word, I am almost shouting myself, silence to shouting can too often come quickly.


"I hate them all, all of them who voted this way, I hate all of their ignorant, stupid, uneducated, self-righteous, Christian selves."


"Don't make like the Bible scholar you aren't. It is not all the Christians, so don't blame the Christians.
And.
DON'T SAY HATE. HATING THEM MAKES YOU THEIR EQUAL. HATING IS HATING. PERIOD. "


"You tell me what you want me to call them and I'll call them that."


I don't have the answer. I am not sure in this moment how to define without labeling how to explain without judging, how to even talk about it.  It is the calling each other anything except the sweet and good where the walk becomes precarious, it is only in the love we are safe. But in this moment I'm faltering. I think of Billy and Franklin and spending money on the bill boards for hate. I know they didn't speak for God even if they are so misguided they believe they did. My own anger boils up and it is all I can do to not scream at the sky myself. It is like that with hate. Hate begets hate and it multiplies as fast as rabbits and rats.  I think that the religious leaders of Iran who foster hatred and the religious leaders of America who foster hatred are no different. I think about how the "right" is to me so wrong and the label in that. I think about governments built on religion, wars raged for religion, and the narrow views of the few. I think The Handmaid's Tale is not a work of fiction, of the 1,000 bills in legislatures across this country legislating women's activities, health, behaviors, of the fear, of the need to be right, of the hatred driving it all. I think of the  Dalai Lama who said it would be the Western Woman who would change this world. I think it is time to dress up, get out of the house and start the world changing. I wonder which state I'll be living in next. I think it was easier when I moved from NC to Seattle the first time, it was me, Milda and the pick-up truck. Now how to get us all there and how would Mama adjust.


(Note: This is written on May 9, 2012 the day after North Carolina passed an amendment to their Constitution. An amendment as I understand it funded by a hate group and 12 years in the making. An amendment that will take away rights not only of homosexuals but heterosexuals, the 2nd amendment to the NC Constitution, the first being against interracial marriage. A sad history and a sad present.) 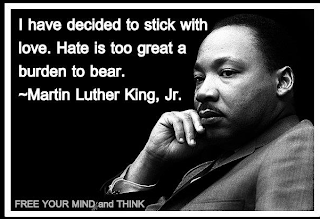 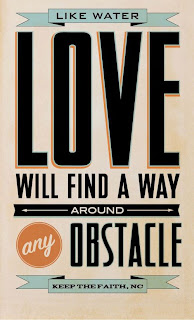 Posted by Lucie Pollard Branham at 8:36 AM